Fixing pops and crackles in Cubase

I noticed I was getting lots of pops and crackles during playback, especially on bass tracks for some reason.

In my case the problem appeared to be related to ASIO-Guard. In the first instance, all the clicks and pops could be stopped by disabling ASIO-Guard in the Studio > Studio Setup… dialog. To do that, I just unchecked the “Activate ASIO-Guard” checkbox. 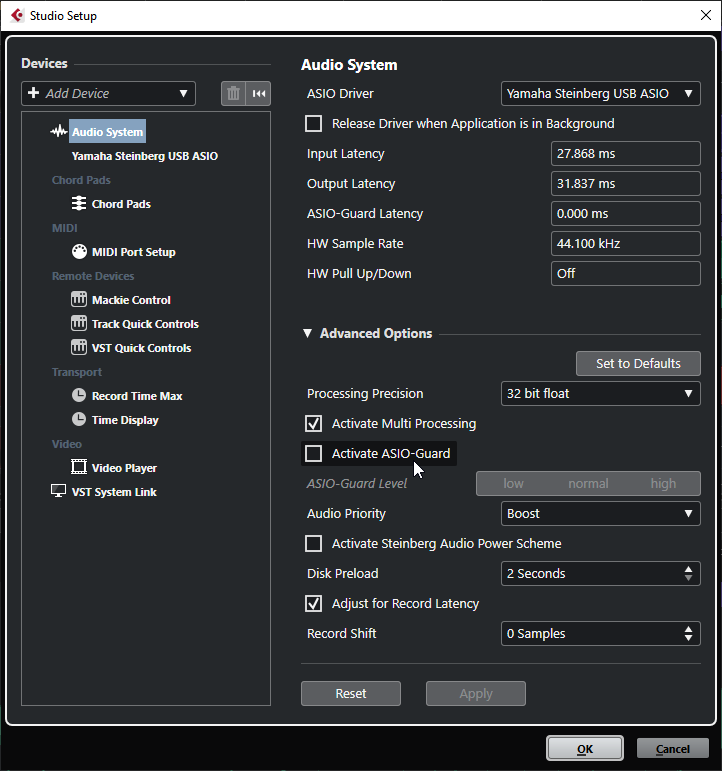 Now it’s debatable whether this is the right thing to do. ASIO-Guard exists for a reason after all. One thing I can say is that the clicks and pops were not related to overall CPU usage, which was fairly minimal on my system.

I experimented with reactivating ASIO-Guard but changing the level to low. This improved but not eradicated the clicks. When set to high the problem was much worse.

Setting Audio Priority to Boost had no disenable effect.

I also noticed that some VST plugins were more affected by the issue than others. For example, the Sonible smart:limit limiter was made pretty much unusable when ASIO-Guard was enabled. Even disabling ASIO-Guard for that plugin specifically in the VST Plug-in Manager had no discernible effect; it had so many pops and clicks there was pretty much a constant buzz. 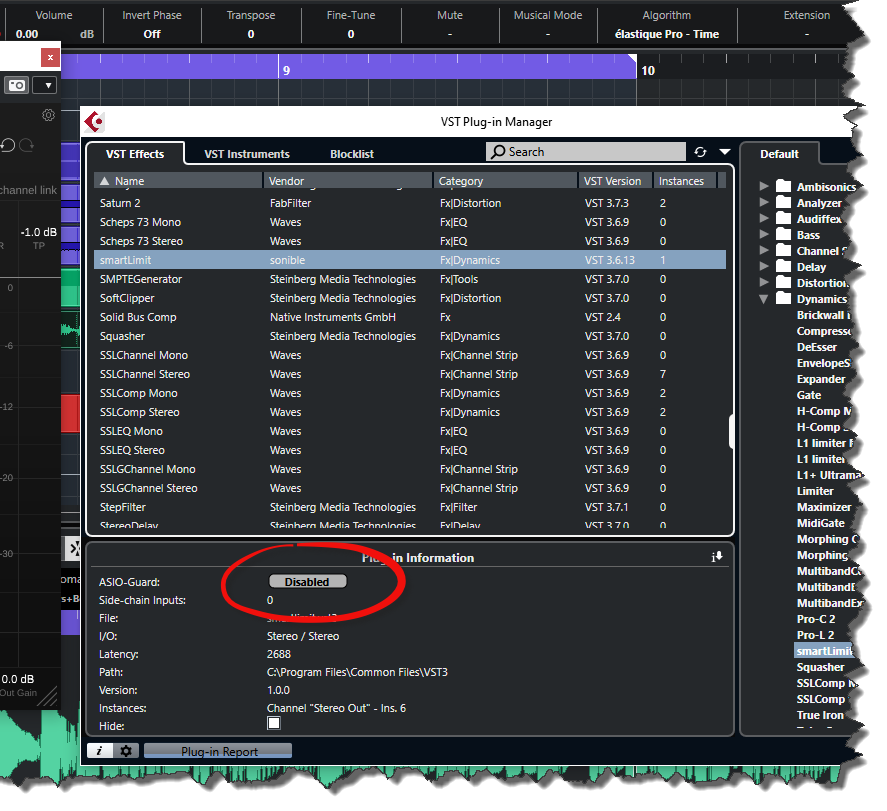