This post was originally created to because I was having issues with the build of a MOD 800 2204 Small Box kit from Modulus Amplification. I’ve since removed some of the content because it’s no longer relevant, the issues being resolved.

The issues I was having turned out to be trivial (primarily a single resistor with the wrong value; the 2.7k cathode resistor on the first preamp triode was 270k by mistake) and were easily sorted. I’ve decided to leave the pictures here in case they may be of interest, perhaps to someone building the same amp.

I’m not saying that any of what’s contained in the photos is correct, nor am I saying they show the right (or best) way to do things. This is just what I did. The amp works. What can I say?

A slight detail for those that might be building the same kit; I changed the preamp sockets from those originally supplied. 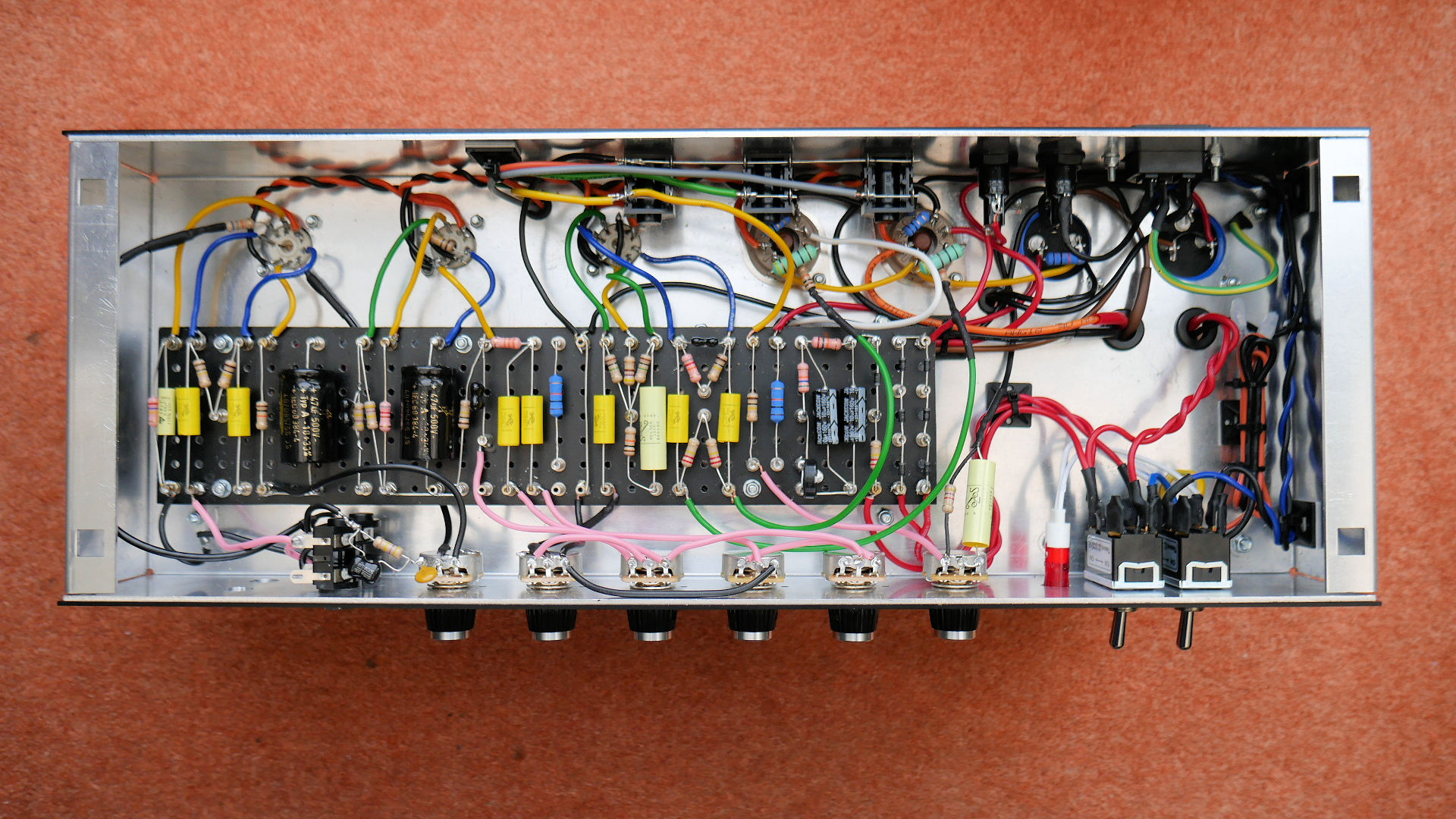 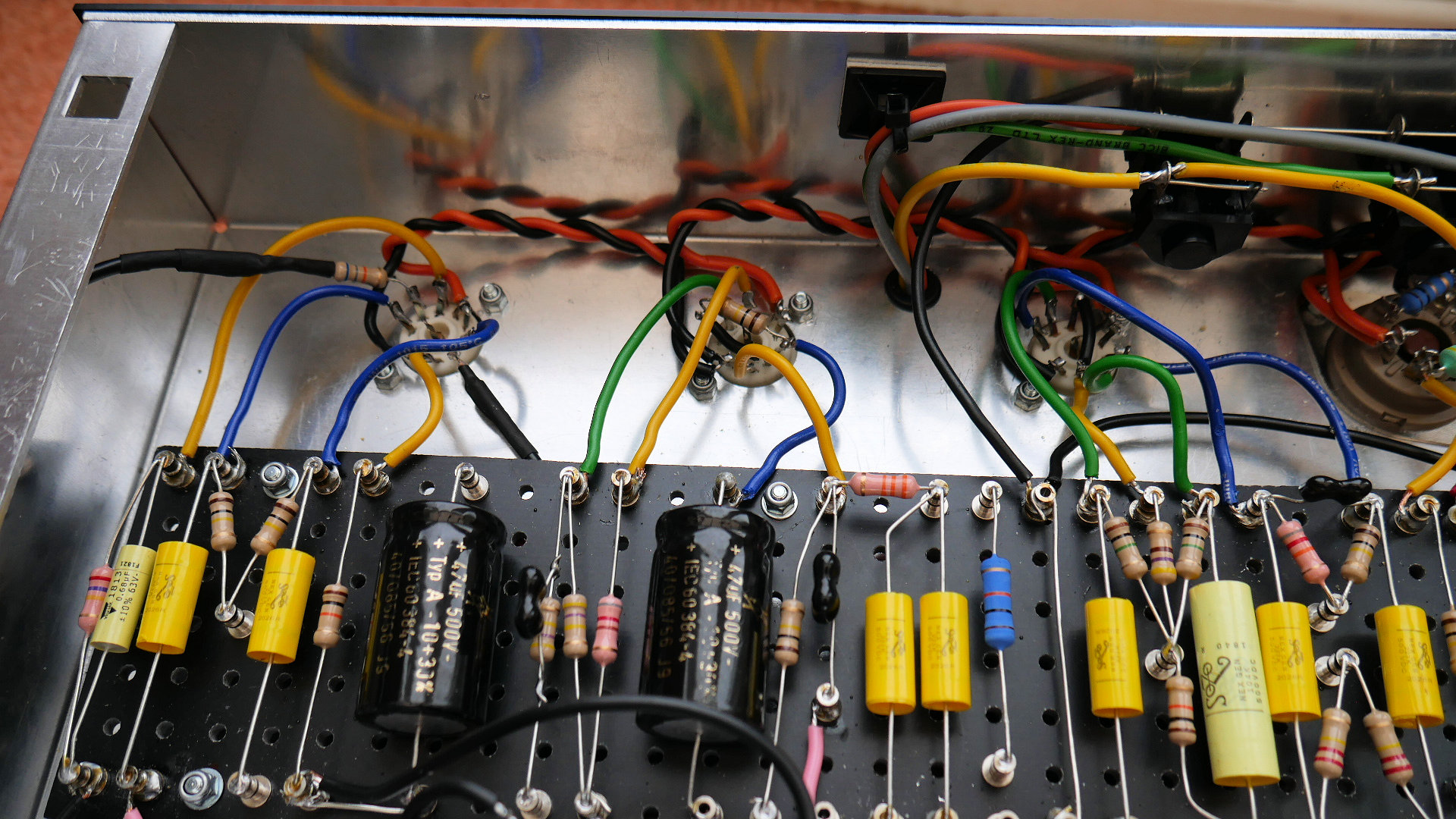 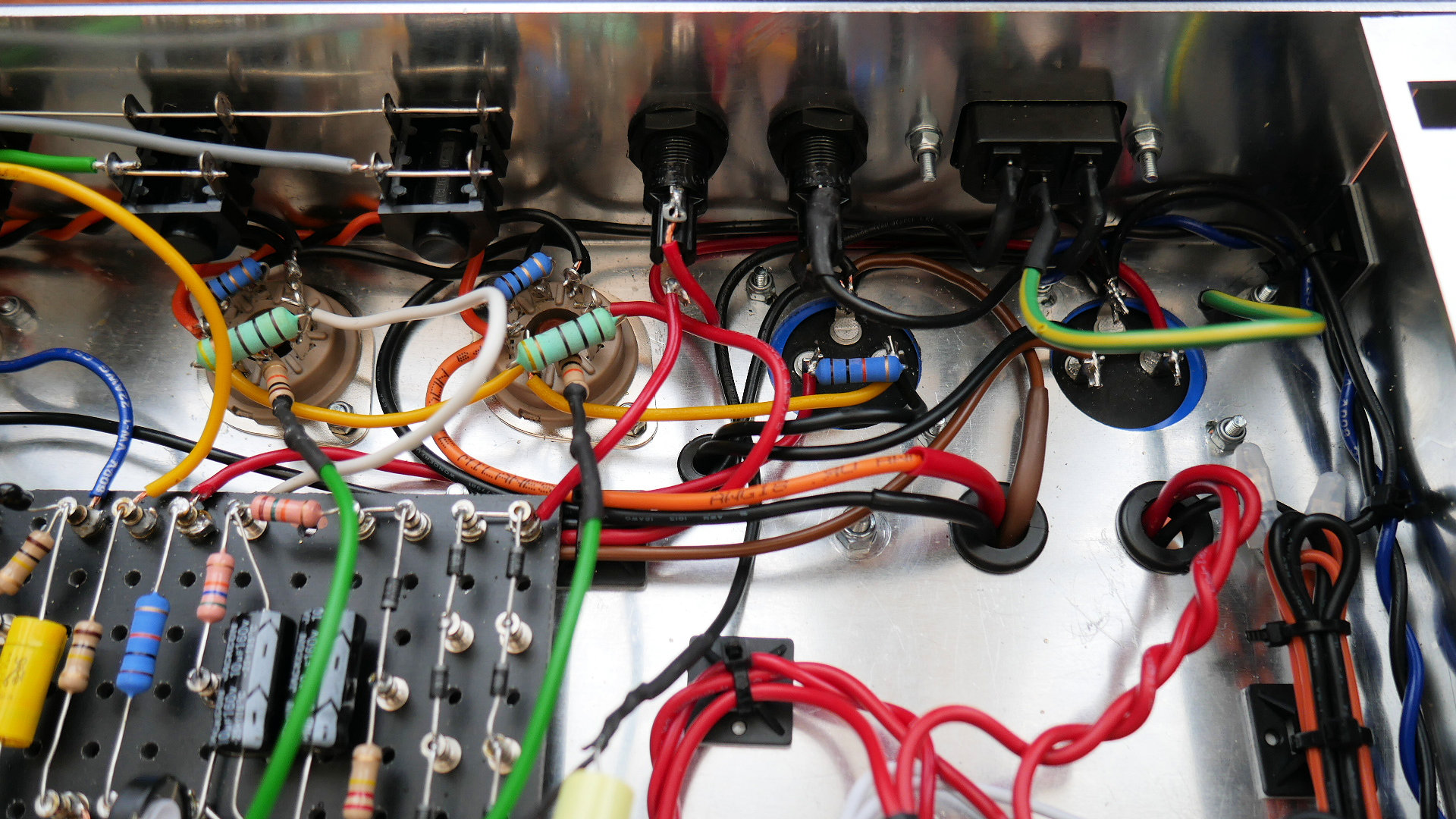 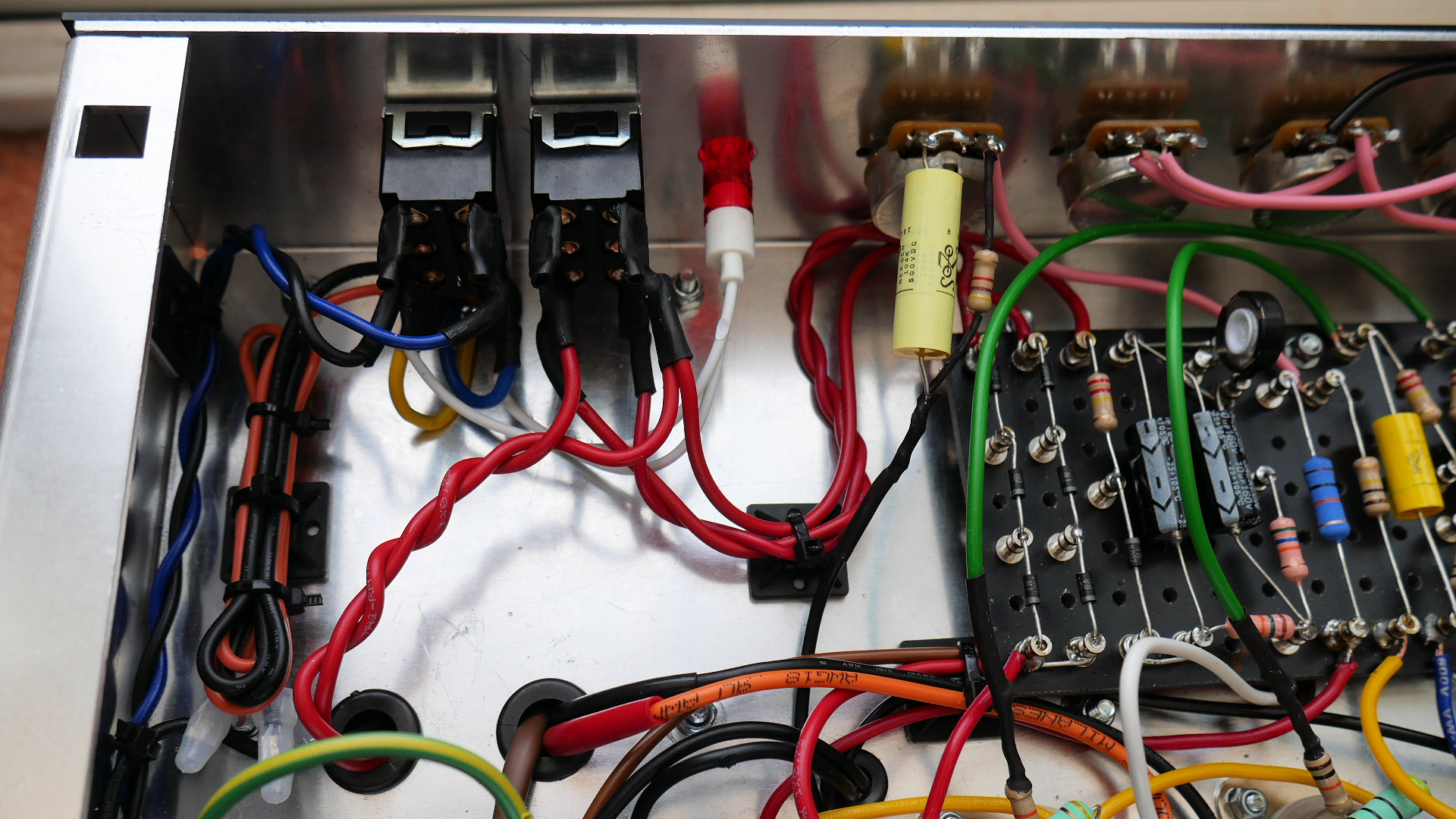 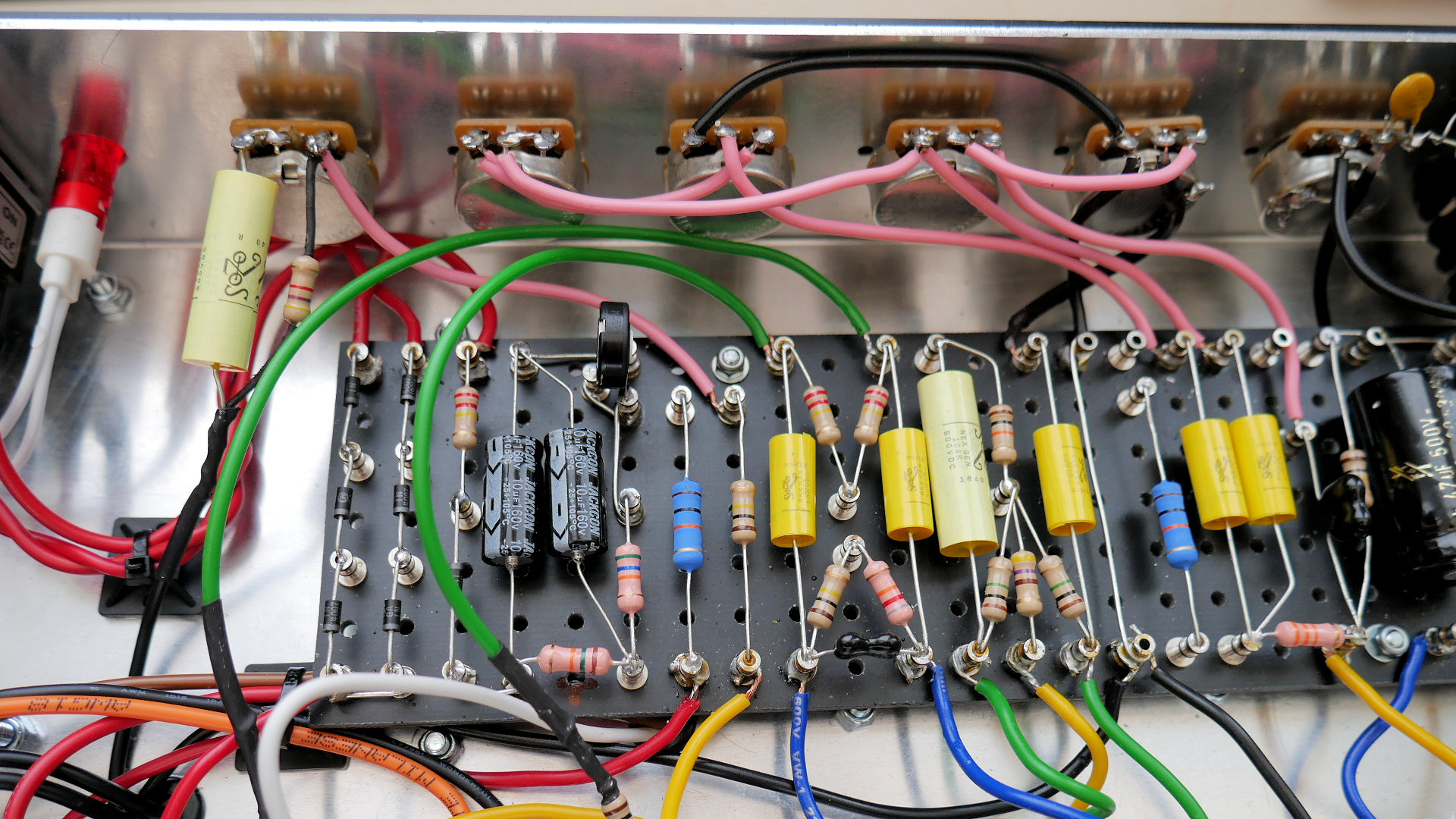 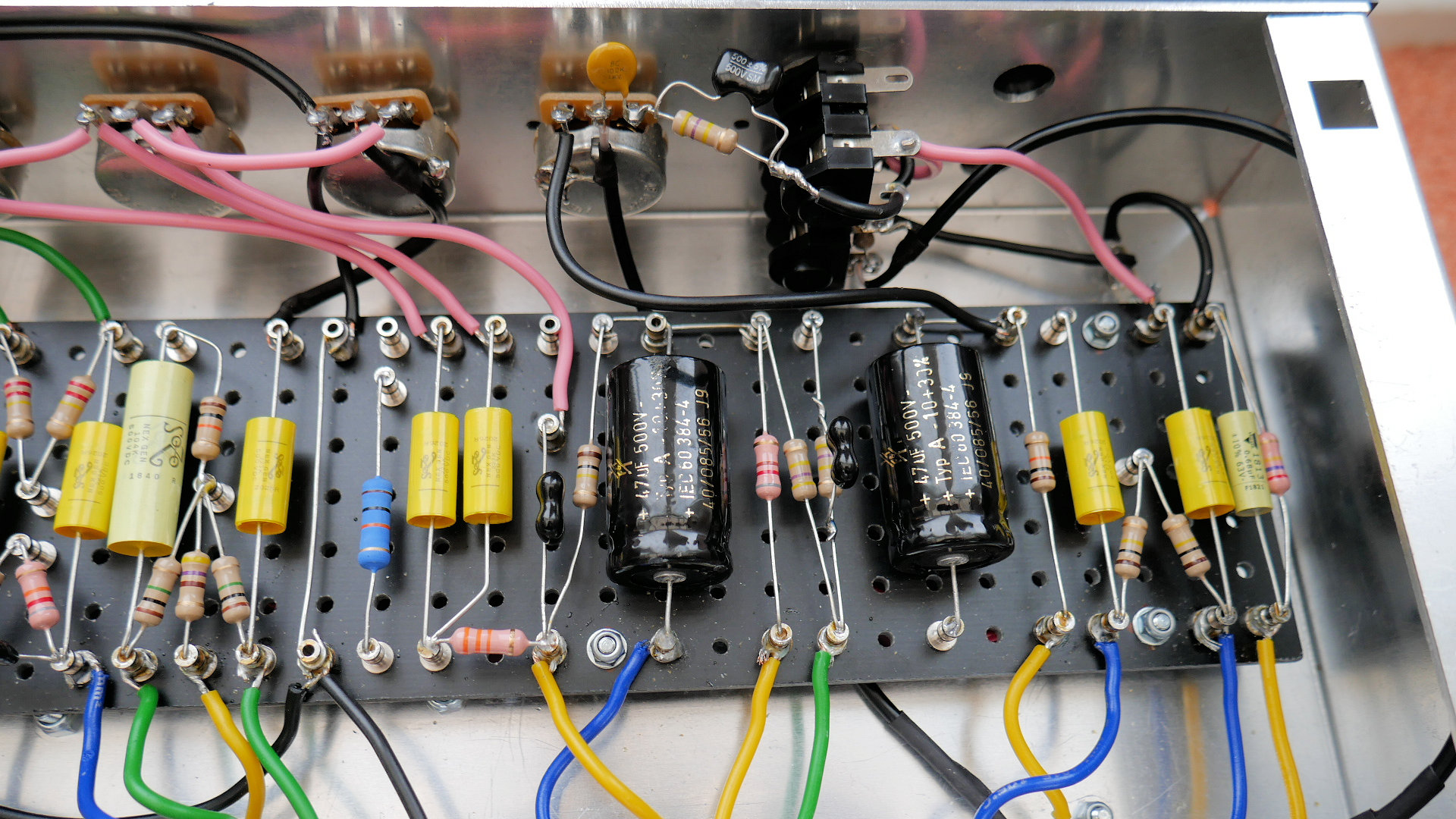 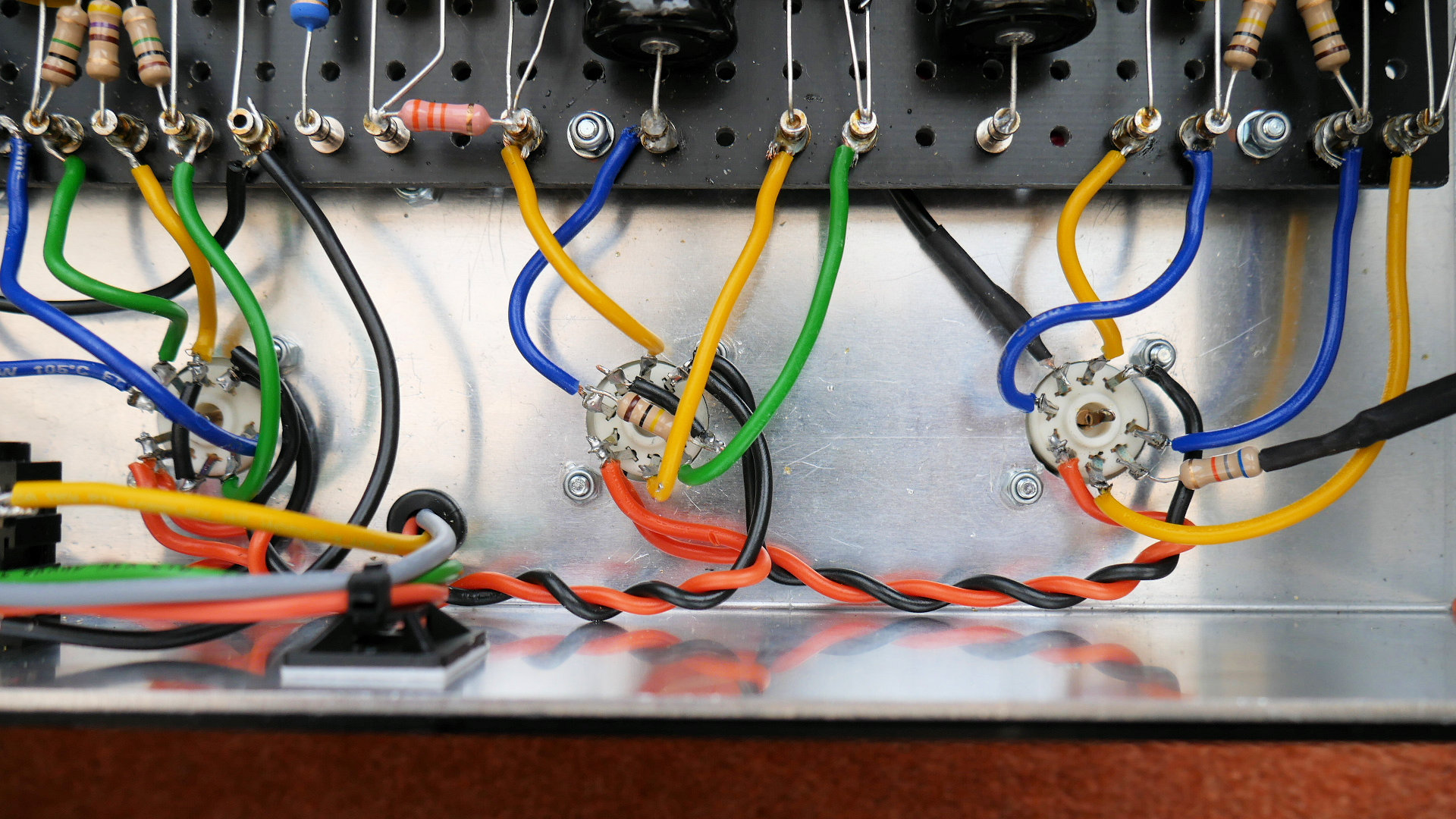 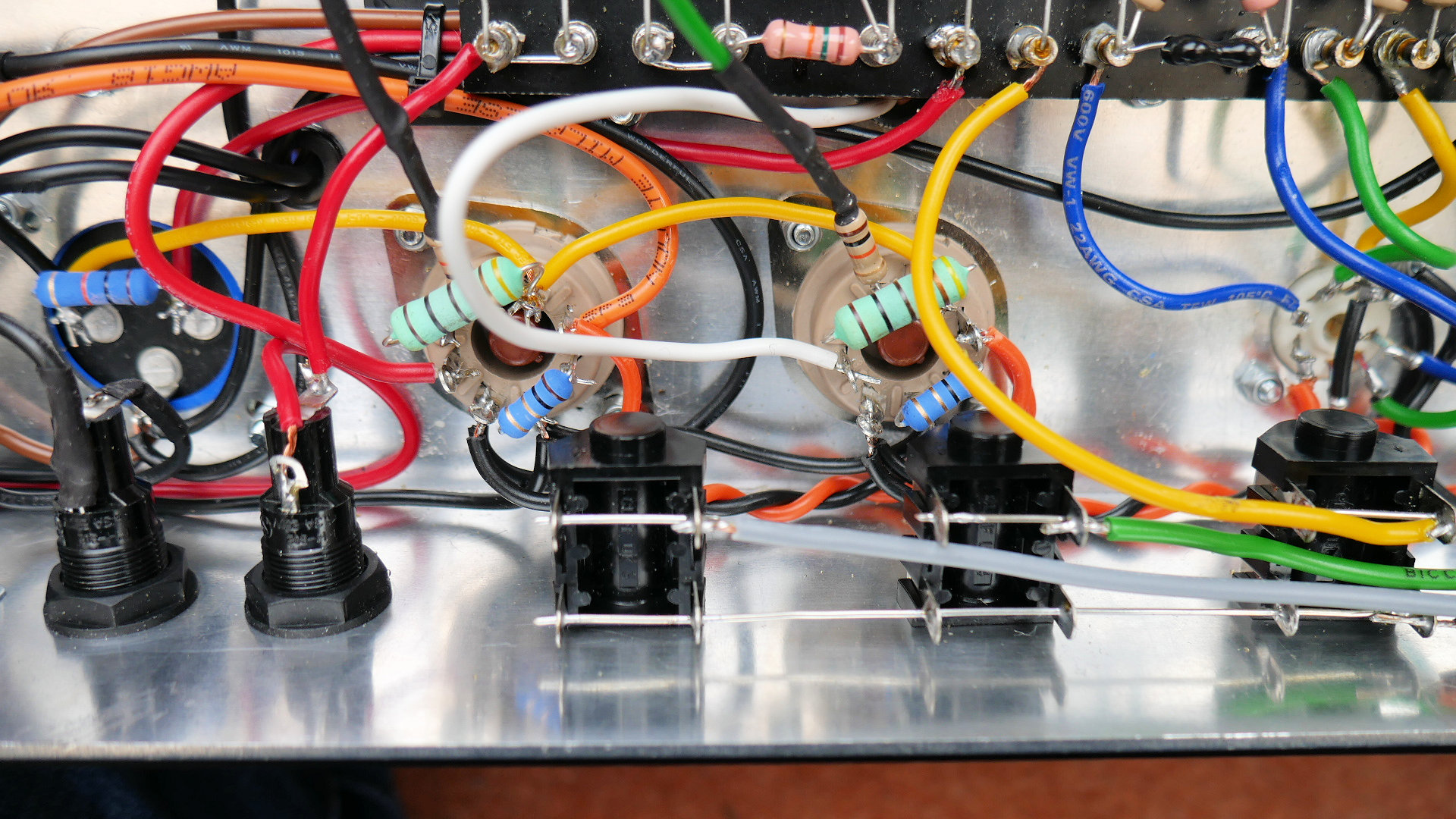 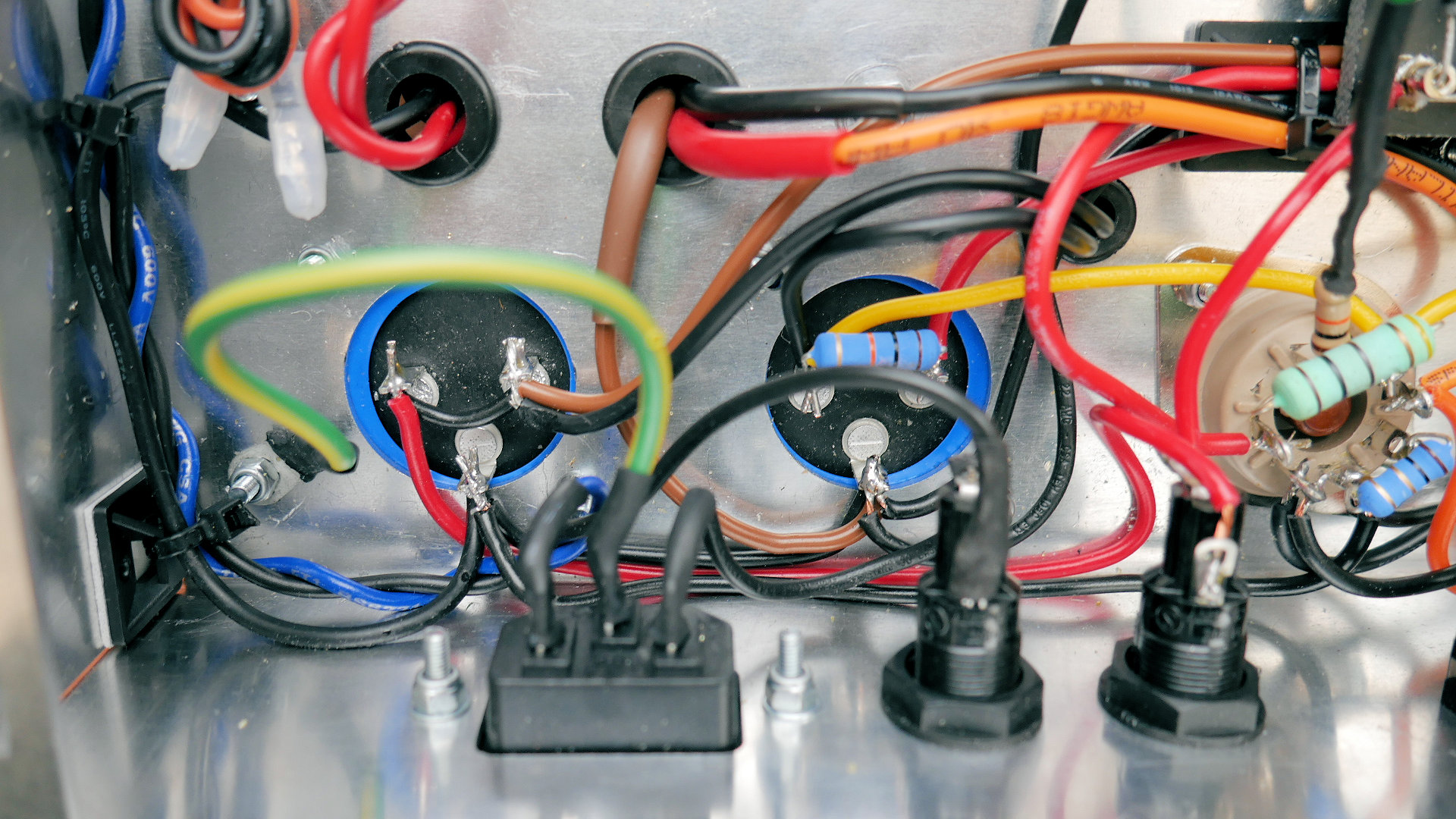 Good to see you went for the Sonos etc too. Looks very neat and tidy. Seeing what you have done here has given me much more confidence in what I’m doing as mine looks almost identical except for 1 component I chopped too short lol. I think I might go through my resistors and double check them now as I’ve sort of been relying on what they were labelled as on the bags. I should know better than that after the problems I had with a couple of pedal builds. Let me know if the sound improved once the resistor… Read more »

Yes, I will let you know how things go and no doubt a video will appear on YouTube at some point, assuming all goes well. Regarding the resistor values, I’m really annoyed with myself because I checked them all more than once. I’m putting it down to “snow blindness”; couldn’t see the wood for the trees. In all my pedal and amp builds I’ve never put the wrong component in before. A lesson learned.

Great to hear you got it resolved. Hope it sounds better now. I only just got the coaxial cable from modulus midweek so I’ll definitely be getting mine plumbed in this weekend