The problem with minor key harmony

However, what I have discovered is that when faced with a tune in a minor key I simply can’t make an analysis based on the same set of rules. In fact, chords just seem to come out of nowhere! 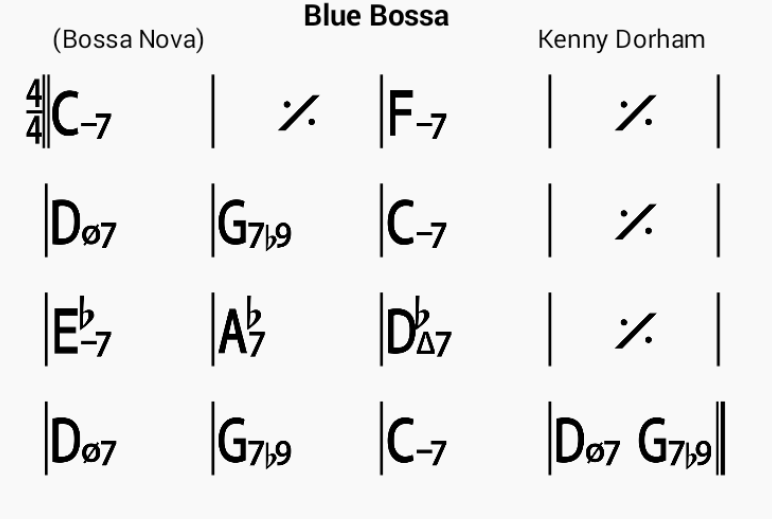 When looking at this progression questions that spring to mind include how do we treat the Cmin7 and Fmin7 in the first 4 measures? Should we play Natural Minor (Aolean) over one (i.e. treat Cmin7 as the vi of relative major, Eb) and Dorian over the other, or do we play Dorian over both? It’s all very confusing.

Another point of view

Chapter 4 of the The Berklee Book of Jazz Harmony acknowledges that minor key harmony is challenging. In fact, it starts out by saying the following:

The minor key repertoire presents substantially greater harmonic variety than that of the major key. A Roman numeral analysis of tunes such as Gigi Gryce’s “Minority,” John Lewis’s “Django,” Matt Dennis and Earl Brent’s “Angel Eyes,” and Charlie Haden’s “First Song” reveals a larger number of chords that can be considered diatonic. The melodic material for these tunes is similarly diverse; it transcends the seven-note major key model.[1]

Here’s Minority by Gigi Grace (mentioned in the quote above) and you can see the problem. 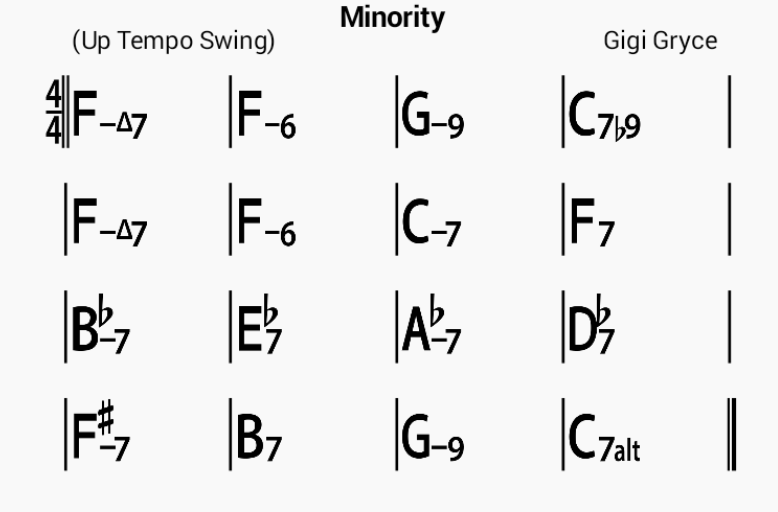 The Berkley book goes on to point out that one approach is to refer to multiple minor-type scales simultaneously as the source for chords (e.g. natural, harmonic and melodic minor, or Dorian or Phrygian). However, jazz tunes are rarely diatonic to just one of these scales and minor compositions often take chords from several of the minor-type scales interchangeably.  By so doing they create a large collection of possible chords and, in effect, the compositions appear to flip between different scales! However, that’s not how we hear the music in a minor key; it all seems to work as a complete whole.

An alternative approach is to consider a composite or blended minor scale that includes all the main intervals of minor-type scales in one.

However, taking this approach would tend to suggest that the derived chords have no particular importance, something that is not the case in reality: certain chords are more predominant.

This post is just a warm up. I expect to create a number of posts on the subject of minor keys in the near future.